You are here: Home

Many school districts believe that establishing a strong online presence creates a better connection with their community. Did you know that school district websites must meet your district’s legal obligations to individuals with disabilities? If a school district fails to comply with these obligations, the district may find itself being investigated by the U.S. Department of Education’s Office for Civil Rights (OCR). 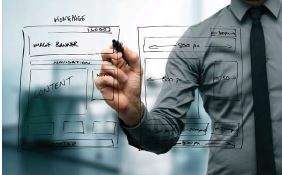 OCR responds to complaints. According to Education Week, one Michigan advocate has filed about 500 web accessibility complaints with the OCR.

This article seeks to inform school districts of the OCR’s investigative and enforcement process, as well as the measures districts should take to prevent the filing of a complaint.

Process begins with a complaint
At this time, the OCR is not randomly auditing school district websites or initiating investigations without a complaint. Rather, they are reacting to complaints fi led against districts by third parties.

If a review by the OCR indicates accessibility issues, the OCR informs the district that its website does not comply with Section 504/508 of the Rehabilitation Act and Title II of the American Disabilities Act of 1990 (ADA). Under these statutes, a district must provide individuals with disabilities equal access to all features contained on its website.

Most complaints focus on accessibility issues for individuals with hearing and visual impairments. However, districts should be aware that barriers may also exist for individuals with other physical or cognitive disabilities. According to the OCR, the most common issues are that:

Such a letter typically is accompanied by OCR’s guidance document entitled, “OCR Complaint Processing Procedures.” The procedures inform the district that during the investigation, the OCR shall act as a neutral fact-finder. This requires the OCR to employ various fact-finding techniques that may include reviewing documentary evidence, conducting interviews and/or site visits.

The OCR has the authority under law to demand from any agency that receives federal funding the information necessary to determine whether such agency is in compliance with the anti-discrimination regulations. Therefore, the investigation letter will likely require the district to respond to specific questions and disclose all documentary evidence relevant to its website’s accessibility. This may include information/documentation relating to the district’s policies and procedures, the software and design specifications used and the vendors responsible for the maintenance of the district’s website.

After reviewing all relevant information, the OCR will issue a letter of findings which informs the district whether or not there is sufficient evidence to conclude that the district failed to comply with the law. However, a district may have the option to resolve the complaint prior to the OCR’s conclusion.

By efficiently resolving the complaint, a district may avoid the negative press associated with an open discrimination investigation, as well as the penalties, in the case of an adverse determination after a multi-stage process including additional opportunities to resolve the complaint (i.e. loss of federal funding or referral of the case to the Department of Justice). Furthermore, the agreement typically does not require the district to admit to the complaint’s allegations. Resolution agreements frequently include:

How to avoid an OCR investigation
Existing resolution agreements shed light on how to prevent an OCR investigation. First, districts should assess whether everything contained on its website is currently accessible to individuals with disabilities. This should be done using the “Benchmarks for Measuring Accessibility” standards. If the district cannot make such determination on its own, it should consider enlisting the help of an outside vendor or auditor.

A district may also consider asking members of the community about accessibility issues. Community outreach may address specific accessibility problems or identify issues the district has yet to even consider (i.e., a specific cognitive disability which affects the way in which such individual processes the website’s content). After the district is aware of all accessibility issues, it should revise its policies and procedures to remedy any problems. This may include the training of appropriate personnel and ongoing testing of the website’s accessibility. Taking such proactive measures may prevent your district’s name from appearing in the latest U.S. Department of Education press release.